Sky at Night reviews ‘How UFOs Conquered the World’

Writing in the August 2015 issue of BBC Sky at Night Mark Bowyer, an expert in the US manned space programme, says: 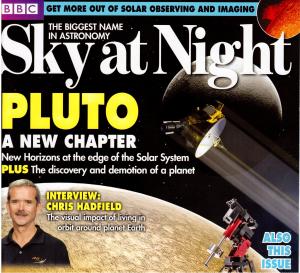 ‘…As the introduction makes clear, this book is not about UFOs themselves, but the people who see and believe in them. It examines the rise in the modern UFO myth, distilling decades of detailed research and interviews into a fascinating account.

‘How UFOs Conquered the World re-examines some of the most famous alleged encounters with extraterrestrials – for example, the sighting made by Kenneth Arnold that led to the term “flying saucer” being coined in 1947.

‘Noting that Arnold was describing the movement rather than the shape of whatever he had seen, the book shows how this simple mistake in the original press report influenced many future sightings. It goes on to explore how UFO reports reflected the concerns of the times, the imagery of science fiction and the expectations of the viewer.

‘The reportage style is both entertaining and informative. Those who believe in the “extraterrestrial hypothesis” – that some UFOs are indeed spacecraft helmed by aliens – are never ridiculed, even when the sighting turns out to be a hoax.

‘This is rounded off with full references as well as bibliography and index, making it easy for readers to delve further, should they wish.

‘Indeed, this is a refreshing perspective on a wide range of UFO-related experiences. Don’t be put off by the word “UFO” in the title – there is much to recommend within.’