Lost in the land of Oz

The idea that UFO files have gone missing because governments are desperate to conceal evidence of alien contact has re-emerged as a cause celebre for conspiracy theorists.

The controversy was stoked earlier this year when it emerged the British government had routinely shredded intelligence files on UFOs, including one that covered the Rendlesham incident as recently as 1990. The official explanation for destruction was simple but unlikely to convince those looking for evidence of a cover-up. Before the arrival of electronic storage paper files were bulky, storage space was short and as most UFO reports were found to be “of no defence significance” why keep them? 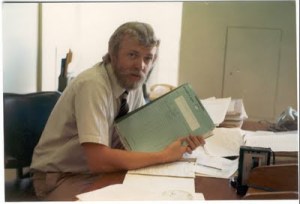 This was British policy until very recently and it appears other governments have adopted a similar attitude. In June a FOI request by the Sydney Morning Herald revealed the Department of Defence had, as recently as 2004, destroyed files containing sighting reports covering an eight year period from 1974. Veteran Aussie UFOlogist Bill Chalker said the reason given for destruction appeared to be “little more than house cleaning”. As in the British example officials simply did not recognise the records as having any historic interest, despite the huge and undiminshed public appetite for information on UFOs. We also suspect that, since the arrival of Freedom of Information, destruction remains the most straightforward method of avoiding contact with persistent correspondents as most UFOlogists are categorised by authorities. Fortunately, in the Australian case, digital copies of most of the “missing” files are in fact available via the Australian National Archives in Canberra and can be purchased by anyone with internet access (try searching under ‘flying saucers’).