I am pleased to welcome veteran British UFOlogist Jenny Randles for this guest blog reflecting on the release of the Ministry of Defence UFO files: 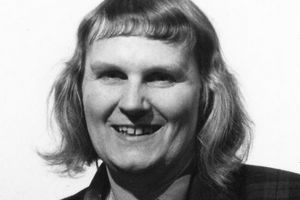 After the furore over the release of the final MoD files the UFO debate may now return to its normal antipathy.  But I hope not, because we should be treating these hard won archives as an opportunity and not a cover-up.

‘Proof’ of aliens is not ‘out there’, because it is not in any UFO records anywhere.  If ET was indeed flying across our skies then that premise would be established by reference to many reports from outside the MoD. It is unwise to imagine that these records are ‘tainted’ because they at best offer occasional hints of alien contact amidst other possible interpretations.  Whether aliens exist, or have ever caused an unresolved UFO case, is not established scientifically because there is no hard evidence, such as non-terrestrial DNA, or examples of alien tech left behind.

We have visited the Moon and Mars and left proof that beings from another world have gone there. That such certainty is not reciprocated in any set of UFO data is telling that we may be jumping the gun by assuming that UFO sightings must be alien visitations. It is as an option, of course, but only that. We must be led by the evidence that we do have and not the evidence we might suppose someone has gathered but chosen to hide.

In reality these many pages of case files collated by the MoD are a treasure trove made available for everyone to study as they choose. There are endless ways in which we could devise research projects to utilise this information. We can look at the statistics, learning who sees what, where and when. Cross reference with other extant data sources is fruitful and reveals that there is nothing ‘odd’ about the MoD files. It reflects what you find elsewhere – something that would be unlikely if ‘selectivity’ of release of the best cases was occurring.

However, there is also much more that we can do if we treat these files as an asset rather than something to distrust and disregard. We should be using them to discern what they tell us about the nature of the UFO mystery – for there are many hidden clues hiding in these records. Tracing witnesses and digging deeper will not be easy but is worth the effort.

The value of such a task is evident from cases in the MoD records that were also reported to other sources (such as UK UFO investigators).  Some these have already been pursued with more vigour than the MoD possessed, once satisfied that they were not a defence threat.

Indeed, files were released as early as 1983. Those included a few sightings from South Wales reported from sources such as air traffic control at West Drayton. These were much like thousands of similar reports in the recent archive releases. The difference was that they were sent out to UFO researchers such as myself mere days after they occurred so it was possible to investigate quickly. 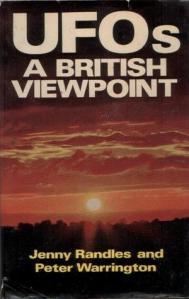 As a result we were able to trace and interview witnesses. One proved very interesting as its full extent unravelled. A large, seemingly structured, object was seen to cross the sky near Cardiff. The MoD had received a modest report form with limited information from a single person who described some lights. Our research revealed there were actually multiple witnesses at independent locations who did not contact the MoD. The full case thus provided good quality witnesses such as a GP on a night call and an off duty RAF aircraft engineer – but only if you looked deeper than the file.

Many other examples are in these files. There are fine accounts of unusual atmospheric phenomena, or weather events such as ball lightning, displaying characteristics matching other UFO cases. Researching, documenting and comparing with our own UFO data bases can lead to useful insights that may benefit science. It is natural that any witness to some rare scientific phenomenon would today be likely to interpret it as ‘one of those UFOs’ and report it as such. So amidst the numerous fire lanterns, airships and misperceptions of bright stars and planets within these MoD archives there are hidden gems waiting to be discovered.

Of course, atmospheric phenomena can interact with other things in the sky – such as aircraft carrying hundreds of human lives. Talk of UAP and extreme forms of ball lightning may not sound exciting if you are hoping to find aliens behind UFO reports. But UAP are real and potentially dangerous things that we need to understand for reasons of air safety, let alone scientific curiosity.

In these MoD archives there are cases of this type, including one from April 1984 where – again – only limited information is on the archive as it was conveyed second hand from a military base control. As such it was filed and forgotten by the MoD. But not by the UFO community, because the actual witnesses (several air traffic controllers at a civil airport in eastern England) contacted the British UFO Research Association and allowed a discrete investigation to occur. This case involved a ball of light in broad daylight steeply descending onto the main runway as a small passenger plane approached. The ball then ‘bounced’ off the runway and sped into the sky.

There is highly useful UFO data in the MoD archives based on what we know about already and have already chanced to investigate. What lies within the tens of thousands of other cases that were never investigated  by the MoD’s ‘UFO desk’ is a story still waiting to be told.

We owe it to those witnesses who contacted the MoD in good faith to accept this collection of their invaluable data and forget complaints and conspiracies and offer full investigation.

[Dave Clarke writes: You can begin your research by downloading all 209 MoD UFO files, dating from 1984-2009, from The National Archives UFO website here. A similar number of files, dating from 1912 to 1984, are available for research at the archives in Kew, southwest London. A summary of the highlights from all the surviving files and a history of the MoD’s UFO desk, can be found in my book The UFO Files (2nd edition) published by Bloomsbury in 2012]