My research into the folklore of the ‘silly season’ was featured by BBC News Online (30 August) and in the gossip column of the Sheffield Star (21 August).

“….IT is the time of year known among journalists as the ‘Silly Season’ – a period when real news dries up and reporters take to writing about big cat sightings, foodstuffs resembling Jesus and gardeners growing particularly large onions.

A typical silly season story, from The Sun, 24 July 1987 (for more examples see the excellent sunheadlines.blogspot.co.uk)

But, as this summer period of improbable stories reaches its peak, could The Diary have the one to top the lot: A Sheffield academic has launched a two-year study into what exactly the Silly Season is.

Dr David Clarke, head of journalism at Sheffield Hallam University, will spend the next 24 months looking at some of the most bizarre, unusual and downright how-on-Earth-did-get-that-past-the-editor articles ever reported in the British press.

Think sharks in Cornwall, UFOs in the skies and the Virgin Mary in a slice of toast.

“It’s long been acknowledged among journalists that in the dog days of July and August there just isn’t much news around,” says the 44-year-old of Walkley.

“Parliament and councils are in recess, schools are on holiday, much of the population will be away at some point and the football is in close season.

“So what we get in newspapers are strange and improbable stories.

“What I want to know is why exactly that happens – and, perhaps more importantly, if the historical popularity of such silly season stories has influenced our newspapers.

“There’s evidence that such light-hearted news, far from turning readers off, is actually a real selling point.

“You could say the tabloids provide silly season stories all year round these days. You could say The Diary does.”

But it’s a subject David – who has appeared on this page previously because of his research into The National Archives UFO files – has practical experience of. He worked at The Star from 1994 to 1999.

“Did I do silly season stories?” he laughs. “Plenty. Lots of big cat sightings. Every July you seemed to get a moggy cropping up somewhere unlikely.

“I remember once doing something on a digger driver saying he’d had a lion approach him. In October you might dismiss that as one bloke seeing things. In July, cracking story.”

As part of his research he will hand out hundreds of surveys to journalists asking about their own experiences as well as researching thousands of national, regional and local newspapers in the British Library archives.

He hopes his final report, to be published in 2014, will reveal where the term Silly Season came from, feature some of the best examples, look at why editors allow such stories to run and see if they impact, either positively or negatively, on sales – although he rather suspects an article published in the Grantham Journal on September 3 1864, around the time the term came into use, may have much of the answer already nailed. 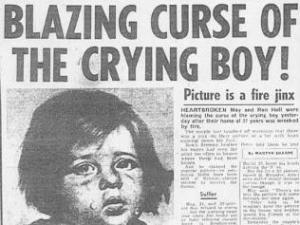 “Horrified readers claiming to be victims of the Curse of the Crying Boy flooded the Sun with calls yesterday. They all feared they were jinxed by having the painting. A couple in Swallownest, South Yorkshire, had a serious house fire – but the so called jinx print was completely undamaged.” 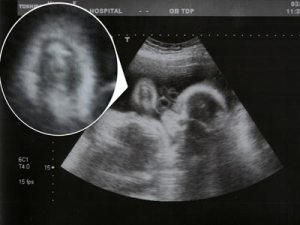 “Ater seven months of a difficult pregnancy Laura Turner was reassured to see her unborn son on the ultrasound picture – and what she believes is an image of Jesus watching over him.” 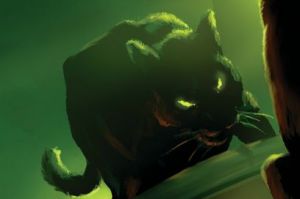 “While youngsters are having fun in the sun the police in Scarborough were probing giant paw prints amid fears they belong to a mystery beast attracted by the warmth. It comes after sightings of a big black cat in the Peak District, Doncaster, Rotherham, Penistone and Worksop.”

This story was followed up by Hold the Front Page.com on 23 August here.

You can complete a copy of my Silly Season questionnaire by clicking here.

Update (Bank Holiday Monday, 27 August 2012): proof that the English silly season is in full swing:  BBC News reports that police in St Osyth warned the public to be on their guard after reports that an escaped lion had been spotted in fields near the Essex town. Police marksmen and a helicopter were called in to search the area.